Console RPGs may be a genre in decline, at least in the United States (although perhaps in Japan as well, if Square-Enix keeps trying to force MMORPGs on the Japanese public, but that’s another story), but at least localization problems are not that much of an issue anymore.  Companies are actually far more willing to put effort into translations and English voiceovers, so it’s rather jarring that Final Fantasy X is notorious for its bad localization even among casual gamers, especially for the job done by the English voice actors, and especially for actress Hedy Burress’ bizarre decision to make her dialogue sync up with Yuna’s lip movements.  How bad was the English dubbing?  This one reviewer thinks it’s the main reason why in Japan X is even more popular than VII, while in the US the game is well-liked but still falls far behind VII.  On my part, I wasn’t angry or bored the one time I played X, but unlike most of the other installments in the series it’s not an experience I’d want to go through again.  I do agree that the dubbing is a factor, enough that I might finally give the game another try when the HD remake hits America, but I have other issues with the game.  We’ll get to that;  first, let’s talk about the positive.

Most notably, the game has a simple but great premise, albeit one that’s fat with ham-fisted metaphors.  Every generation, the land of Spira is devastated by an entity called Sin.  Impervious to conventional weapons and magical attacks, Sin can only be defeated if a summoner goes on pilgrimage with selected guardians to learn how to summon special monsters called the Eidolons and then face Sin in a battle where the summoner willingly sacrifices themselves.  Sin will be reborn, but at least Spira will be spared from death and destruction for many years.  Yuna, the daughter of the last summoner to undergo the rites, is beginning to set out to literally follow in her father’s footsteps with her guardians, but before they depart they enlist Tidus, a young player of Spira’s favorite sport blitzball.  This wouldn’t be unusual, except that Tidus insists that he comes from the city of Zanarkand, which was destroyed a thousand years ago.

Next is the basic gameplay.  Each character has one of the traditional Final Fantasy roles (fighter, black mage, etc.), but now you can switch characters mid-battle, which seems like an obvious innovation but it does add a new strategic element to fights.  Also, even though the world-building is a bit too much generic fantasy/soft sci-fi for my tastes, it does have a unique oceanic feel to it, which was inspired by Japan’s Okinawa region.  It does go a bit too far, since the tropical environment is more often than not used as an excuse for making women appear anywhere on the spectrum from fanservicey to super-fanservicey… 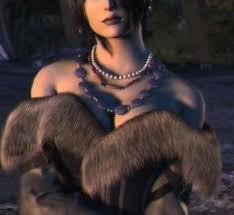 Being the crotchety old-school fan, I’d rather see a return to a world like that of VI, which mashes up different technology levels and cultures in interesting ways.  Yet X does have a gorgeous and interesting world, which at the very least is preferable to the bland, unfantastic world of VIII.

As for my complaints, I won’t talk about the sub-par voice dubbing or how obnoxious blitzball is to play or how godawfully (it’s a word!) annoying Tidus is, because those complaints have been reiterated on the Internet at least 3,072,597,012 times, give or take.  I will, however, talk about one thing related to Tidus:  there’s really no reason for him to be the protagonist.  From a storytelling perspective, it only makes sense from the argument that Tidus provides an outsider’s perspective on Spira, but honestly a much more natural protagonist is Yuna or, if not her, the mysterious warrior with a tragic past, Auron.  I admit that Tidus turns out to be even more relevant to the plot once the mystery behind his backstory unfolds, but still, it’s hard not to play this game and wonder why the player is mostly stuck with Tidus at all.  Sadly, this won’t be the first and last game to suffer from a severe case of protagonist confusion.

My other big issue is with the game’s method for leveling your party members.  The sphere grid system looks pretty and it appears like it really lets you shape your characters’ abilities, but the key word there is appears.  True, it is possible to expand your characters into other roles, but only if you massively overgrind to an extent that would daunt even your typical parental basementdweller.  All it succeeds in doing is wasting the player’s time doing what could already be carried out through a more traditional leveling up system.  Sure, VIII‘s junctioning system was absurdly convoluted, but at least it was different and did allow and encourage experimentation.  X  only offers something artificially different, without doing something that’s truly novel functionally.  Finally, there’s just the fact that, while there are sub-quests, it never really feels like you have access to this wider world.  Of course, we would find out later that it could get even worse in this regard, but that’s for later…

But, no, I wouldn’t say X is a low point in the franchise.  It’s graphically stunning and not just because of the usual Square flash, but because it does have a visually engaging world (too bad you’re forced to go through a straight path through much of it…).   And while marred by bad dubbing and Tidus usurping the role of main protagonist, there is a genuinely moving story about the corruption of institutions that we allow to define our lives and beliefs and the struggle to break with archaic yet self-perpetuating  traditions.  Here’s hoping that when the remake comes out some more of the game’s real qualities will become evident to the English-speaking world.