Before The Good Place, we had The Devil in Miss Jones, which similarly took a skewed and satirical look at the grotesque absurdities in traditional western Christian views of the afterlife and eternal punishment. The key difference is that The Devil in Miss Jones doesn’t so much present quirky yet profound explorations into the philosophy of ethics as it has lots and lots of hardcore sex.

That’s right. Ebert thought slasher movies spelled the end of Western civilization, but gave the thumbs up to a movie where a good chunk of the second act involves a woman learning about the joys of oral sex. Go figure.

Well, to be fair, maybe it’s not all that surprising. While there’s no mistaking The Devil in Miss Jones for a movie that isn’t deliberately trying to stoke a hetero libido, it is also an undeniably thoughtful film, especially by the standards of the hardcore pornography of today. For starters, it has a bona fide story. One that arguably has a point beyond being a reason for serving up nudity and sex, even.

Once upon a time, there was a young woman named Justine Jones (Georgina Spelvin). She did “everything she was taught” and tried successfully to live a decent, moral, and dull life, but at the terrible cost of suppressing her appetite for intimacy. Unable to bear the contradiction between her desires and her morality, however, she winds up slitting her wrists in the bathtub. Her soul winds up in a cosmic waiting room where a being calling himself Mr. Abaca (John Clemens) tells Justine apologetically that she was a shoe-in for Heaven, but her suicide, which Mr. Abaca calls her “accident”, was her one unforgivable sin. Disqualified from Heaven by her suicide but too pure for Hell, Justine Jones only has an eternity in Limbo to look forward to.

Angry at this injustice, Justine jumps on Mr. Abaca’s suggestion that she can return to Earth for a time to indulge in the sins she denied herself her entire life. He directs her to a demonic man only called “the Teacher” (Harry Reems), who instructs her in sex and breaks through what’s left of her inhibitions. Once she’s ready, she’s sent to Earth to enjoy herself. Unfortunately, she only has a little while to experiment with her newfound freedom, and, in the end, the price is quite steep. After bringing her back to eternity’s lobby, Mr. Abaca grimly tells her now she has earned her place in Hell. While Mr. Abaca tries to assure her that all the stuff about fire and pitchforks is just “a myth”, Justine finds the reality of damnation is possibly even worse for her: she’s stuck in a room with a madman obsessed with catching flies who refuses to even consider making love to her, no matter how much she pleads. 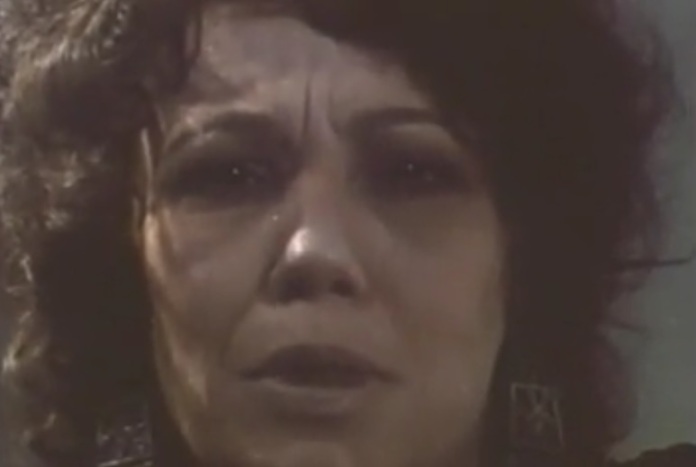 Beyond even having an actual story, there is actual artistry in the filmaking. The soundtrack is quite good, whether it’s conveying the sterile boredom of Justine Jones’ existence or Justine’s growing love of decadence under the Teacher’s guidance. There are also more than a few frankly very well-done shots that did indeed deserve a few stars from the United States’ most famous film critic, including the lingering images of Justine’s suicide and the grim, claustrophobic horror of Justine’s final fate. Even some of the sex scenes, while more or less de rigeur for a ’70s porn (there’s even the requisite threeway), convey a sense that they’re meant to be about more than just titillation. Plus there’s a scene involving Georgina Spelvina and a snake that’s not at all as bad as your perverted imagination might think…although it does speak as much to Georgina’s guts as a pornographic actress as to the perverted genius of the filmmakers.

At the core, I think the argument for the merits of The Devil in Mrs. Jones rests on two *ahem* tent poles. The first is that, as someone of different sexual preferences than the intended audience of the film, I was still intrigued by it, even though admittedly the sex scenes that comprised most of the movie’s middle got tedious for me. The second is that it’s impossible to imagine the story and atmosphere of this movie getting pulled off by a movie that didn’t have hardcore sex scenes. The grimy, frantic eroticism just perfectly builds up to the bleak conclusion and its depiction of a moralistic universe fundamentally hostile to the reality of human nature and desire. Hell, I’d go as far as to say this movie does prove porn can indeed be art. 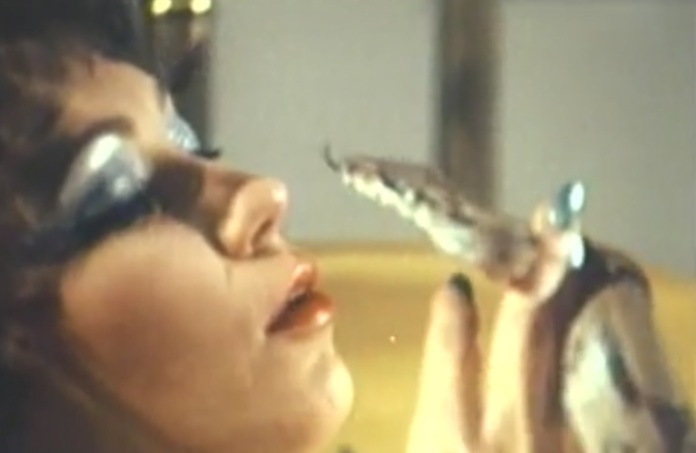