My dear readers, I have failed you. 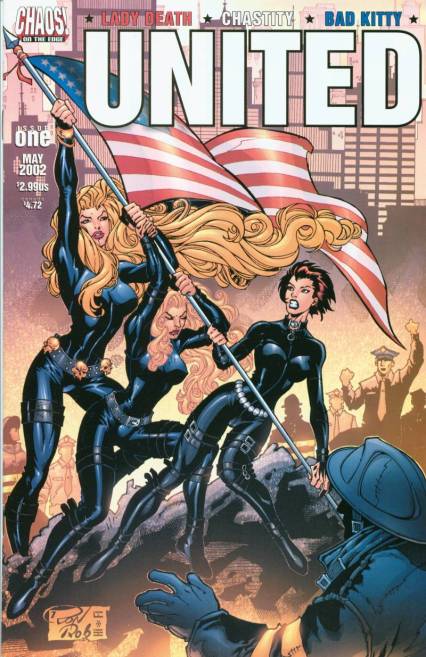 Don’t get me wrong; it is amazing that this exists, although maybe not for the reasons you might assume.  Perhaps the first thing that will strike comics fans is that it’s actually written by Brian Augustyn of The Flash fame, who did a lot of work for Chaos! Comics in its last years.  The second thing is that this isn’t Chaos! in its wild, gory glory.  This is well after the flagship characters of Lady Death and Chastity have been toned down and made less…well, sociopath-y.  Lady Death isn’t even at this moment in continuity her normal white-skinned, ruling-Hell self, but was at the time a sword-wielding vigilante on the streets of New York (it’s…a long story, naturally).

Still, it’s not enough to riff on, despite my initial excitement.  Really, no matter who publishes it, 9/11 tributes – or tributes to any recent tragedy – are snark-proof. 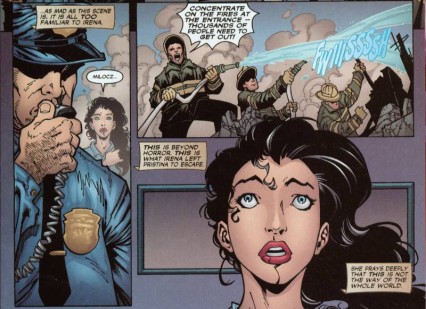 Its snark-immunity does not just derive from the fact that I’m an American and this is about the 9/11 attacks, although I have to admit that’s part of it.  No, it’s also that there really isn’t much to say, because frankly it takes conscious effort to botch these things.  Things like this are propaganda in the not-that-bad, pre-Goebbels sense, and as such there’s a definite, fairly simple way of doing them.  That’s not to say that they’re easy to write, per se, just that there’s a formula that’s carved in stone, and even more so than what you might expect in some genre fiction.  Start with some everyday characters right at the center of the tragedy, stir in some moral observations but do not under any circumstances make any references to politics, and show the main protagonists pitching in to help survivors without bringing in the baggage of their own personal stories, and voila, you have a tribute to a contemporary tragedy.

Just as it’s very hard to screw up such a tribute, it’s also extremely difficult to make these types of stories great.  This is mostly for the same basic reason.  Genuinely the only way to make a 9/11 tribute really memorable for good or bad reasons is to break with the formula and bring in something that has the potential to offend a lot of people.  That’s not what Chaos! Comics’ Unity does, in spite of its publisher’s reputation.

I guess if you just automatically object to having characters like Bad Kitty running around the site of a national tragedy, you might find it offensive, but honestly is it really worse than having Spider-Man or Green Lantern at the site of 9/11?  Especially because here Bad Kitty, as well as Lady Death and Chastity, are portrayed as heroically as they are?  We exist in a pop culture-saturated world, and if you think there’s something wrong about having comic book superheroes meditate on the collapse of the twin towers, well, the argument was made and lost decades ago the second Donald Duck showed Americans what working for the Nazis was like. 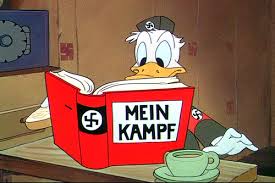 Honestly, if you can get past the fact that both Chastity and Lady Death show up to 9/11 in respectable catsuits, the whole affair is (perhaps disappointingly) tasteful and even fairly well done in some respects.  Sure, like with most straightforward propaganda there’s plenty of cheese to be had, like Lady Death assuring the reader that the terrorists are in Hell while the victims are all in paradise, as well as this… 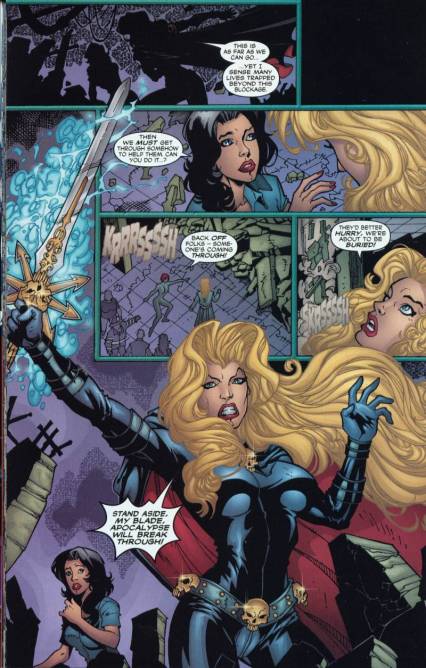 …but there are a couple of nice touches as well.  The “ordinary person” character, an eastern European immigrant who wants to try to find her husband who was in one of the Towers for a job interview, isn’t overshadowed by the chestier heroines.  Also there’s a scene where a Sikh taxi driver tries to offer his help and ends up being attacked (and rescued by Lady Death, of course). Yes, it’s pretty – to quote TV Tropes – “anvilicious”, but it is an important point to make, especially considering the real life attacks on Sikhs and Muslims following the attacks. All in all, the comic really isn’t that bad for what it is, and on the whole isn’t much worse (or really better) than the Marvel and DC tributes.

For me at least, to get at the whole reason this comic is so noteworthy and strange is you’d have to know a little about Chaos!’s history.  See, in 1999 Chaos! rebooted its own continuity through a story called “Armageddon”, although essentially most of the characters retained their own personal histories and memories.  The reboot coincided with Lady Death becoming more of a traditional (if still hard-edged) heroine, so we get a Lady Death who empathizes with the lives lost and even holds up an American flag while giving an inspirational monologue. 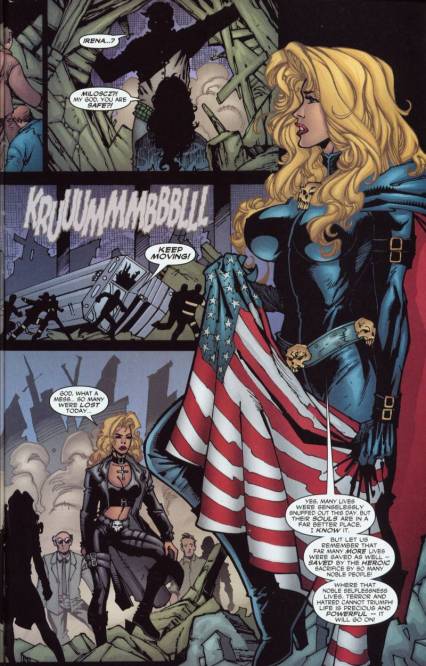 Although the world has been rebooted, she is for all intents and purposes the same character who turned a child abuse victim into an undead serial killer, Evil Ernie, and sent him on a mission to wipe out the entire human race.  In one Evil Ernie story, back way before the “gentler and softer” Chaos! Comics, this is what happens to New York: 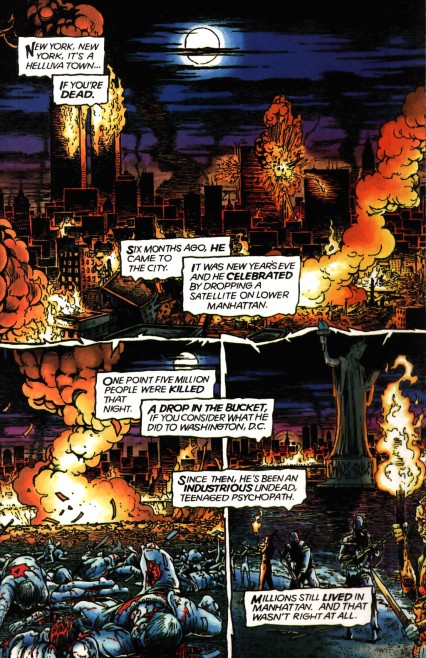 That’s just before we learn that for half a year Evil Ernie has been single-handedly killing everyone in Manhattan who survived the satellite he sent crashing into the city.  Oh, and he’s the protagonist of his series.  Old school Chaos! did not screw around.  And, of course, Lady Death is all but directly responsible.  That’s why I was more than a little amused to see this comic, although I guess it would have been much worse if we’d seen Ernie and his zombie friends rescue 9/11 survivors.

Still, if you’re a scholar of Chaos! Comics like I am, it’s the weirdness of Doctor Doom and Magneto rescuing 9/11 survivors in Marvel’s own 9/11 tribute, but times at least 7,500.